In 1904, the school was inspected by Sir Alexander Pedlar, the then Vice-Chancellor of Calcutta University and Sir Ashutosh Mukherjee and it was on their initiative that the school was granted affiliation even before the Entrance class was formed. The succeeding year saw the foundation of a Branch of the school at Bhowanipure where Sir Ashutosh Mukherjee had desired the founder to start another school after the model of the parent institution.

1906, the first batch of students of the school appeared at the Entrance Examination and since then thousands of students have passed out of its portals. The progeny of the alma mater have multiplied since the day more than half a century ago when fewer than half a dozen boys were admitted into its fold. 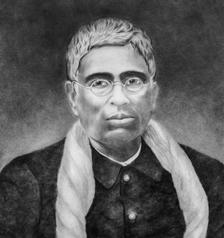 On the 5th January, 1898 the school was founded by the late Babu Bisweswar Mitra in a commodious building in Beniatola Lane with only 5 boys on its rolls. But the founder was neither an academician nor an educationist. He who had begun his career as a clerk in the ammunition Factory at Dum Dum gave up his post which ill suited his abilities. The idea that the toil and care spent in bringing up his own son might help many others in rearing up their own, inspired him to start a training academy for boys.

From such modest beginning its progress was maintained under the able guidance of the founder. Many renowned public men of the day including Rai Bahadur A.L.chatterjee, Mr. Bipin Chandra pal, Mr. Gokhale, Sir Bhupendra Nath Bose, Mr. Amrita Lal Bose and others visited and inspected the school. In 1901 Raja Peary Mohan Mukherjee of Uttarpara lent his patronage by becoming the First President of the school. Their moral support and encouragement went a long way in leading the school in its career of development. Moreover, the services of a most efficient teacher in the late Babu Satis Kumar Banerjee, the 1st Headmaster of the school, having been secured, the success of the whole undertaking was ensured.