A HIGHER SECONDARY INSTITUTION: THROUGH THE AGES 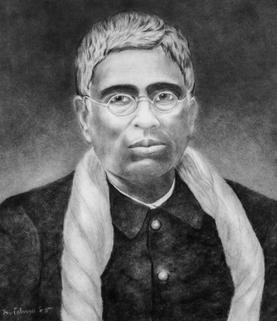 Sir Asutosh Mukherjee, the Syndicate member of the Calcutta University was involved to offer a quick recognition of the school for its reputation. In the year 1913, in the Entrance Examination in which Netaji Subhas Chandra Bose stood Second from Cuttack, the First and the Third positions were taken by Sri Pramathanath Sarkar and Satishchandra Sen respectively from this institution.

There were many, many glorious years as witnesses of the grand Success of the Institution. The eminent Headmasters and teachers like Satish Kumar Bandopadhyay, Binodbihari  Chattopadhyay, Jatindranath Bhattacharya, Bireswar Dasgupta, Purna Chandra Dey, Nirmalchandra Mitra – were to name a few who had contributed a lot for the progress and reputation of the institution. It was on the request of Sir Asutosh Mukherjee again that the founder Bisweswar Mitra had set up the Bhawanipur  of the school in the year 1905 which as well was crowned with the figures like Kabi Sekhar Kalidas Roy, K.C.Nag etc and achieved fame and popularity.

The founder of the institution was Shri Bisweswar Mitra and had been established in the year 1898. Every 5th January is celebrated as the very Day of Foundation of the school.​​

​The institution had begun its run with only Five students and with its rapid gaining popularity had been recognised by the University of Calcutta in the year 1904. The distinguished figures of the then period like – Ajay Krishna Deb of Shovabazar Raj Bari,  Sri Bipin Pal, Sri  Bhupen Bose, Rasoraj Amritlal Basu, Panchkari Bandopadhyay – only to name a few – were associated with the establishment and development of the institution.

​The institution is regarded as one of the Heritage Schools of not only in the City of Kolkata but also among the glorious academic pathfinders of India. In addition to this day time HS school for boys, the main and only owner of land and  its buildings including all movable and immovable properties contained therein. It provides conditional accommodation to two other wings (a co-educational primary school and a girls school up to class X) which run in the morning hours, from 6:30 to 10:30 AM in the same premises at 60B Surya Sen Street, Kolkata – 700 009, in West Bengal. 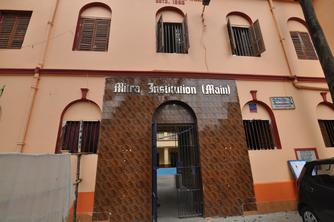